I Kissed Dating Goodbye, Said Hello To Courtship, Met A Boy, And Got Married 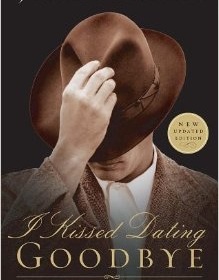 Editorial note: The following is reprinted with permission from Kieryn King’s blog. It was originally published on August 4, 2016.

My parents said they wanted to talk to me one day. I was like 8 or 10 or something innocuous and the thought of boys and kissing was still gross (ew, spit). They said that they decided I wouldn’t be allowed to date, that I would court instead. I said okay, having no idea what this meant and being decidedly not into boys because they ruined my horse parades anyway. They seemed surprised that I took it so well. They explained that courting meant that a boy had to get permission from them to start seeing me romantically, and at 8/10 years old this seemed fine (more barriers to people destroying my caravan of ponies). They spent years extolling the virtues of courting. I was given I Kissed Dating Goodbye and Boy Meets Girl when I was a young teen and read them, absorbed them, and lived by them – most of my friends did as well.

I’ve talked about our courtship and the hell that it was.

I’m going to talk about a different aspect that goes along with all of this, and that is being a Stay At Home Daughter (unless your parents let you out). Many of the stories featured in IKDG and BMG featured women who either worked in their father’s business or church sanctioned place, or stayed at home to learn how to be helpmeets. Few, if any of the women featured had a life outside of their family’s home, or any time on their own before getting married.

I went straight from living with my family learning how to be a helpmeet, to living with my in-laws, to being married. I had no time on my own to discover who I was and what I liked. I have never been alone.

I was never meant to live on my own. My family, like many others bought into the idea that daughters are to live under their father’s authority until their father passes that authority to their husband. Having any time between living at my parents to being married was unheard of. No time was spent preparing me to live without being under any kind of authority because that was never going to be an option.

I was to be married forever, until death happened – and in the result of death, I would move back in with my parents (ha). I would never need to know how to choose things for myself (instead of for/with other people), how to live responsibly alone, how to take care of myself – because I was supposed to have someone there to do that for me, forever.

I Kissed Dating Goodbye and Boy Meets Girl encouraged my parents to restrict the amount of life experience I was allowed to have in the name of godliness. These books, similar books, and purity culture advocated that women stay hidden and sheltered to guard their hearts and wait for a prince (any prince) to come whisk them away to a castle to fill with babies. They never talked about compatibility on any level other than spiritual – these books and this culture have ruined the marriages of those they sought to protect.

By feeding an entire generation unrealistic expectations for themselves – denying our rights to exist and experience human emotion, being told that anything we desire is sinful just because we desire it, and that to explore our identities, feelings, and attractions is wrong and damages our intrinsic value – courtship advocates have destroyed relationships between spouses, and families, and friends. They have stunted our growth, torn us apart, and left us to pick up the pieces of ourselves and each other while learning how to live on our own for the first time.

I courted, I got married, and seven years later I’m getting divorced; on my own for the first time, trying to learn how to survive, and realizing that this was so far outside of the realm of possibility that I was prepared for anything but this. This one, basic thing, that most people experience: navigating life on your own. I was never meant to live on my own, but I’m doing it. I’m doing it clumsily, but I’m doing it, and there are lots more of us out here doing it too.