In a public Facebook status today, HSLDA Director of Federal Relations Will Estrada declared his endorsement of Senator Ted Cruz for President.

“I am proud to endorse Ted Cruz for President,” Estrada says, “and to be named one of the national co-chairs of the ‘Homeschoolers for Cruz’ coalition.” The coalition, announced today on Cruz’s website, boasts “an astounding 6,670 members.” You can watch Cruz’s video announcement of the coalition below:

According to Cruz’s website, “The group represents homeschool communities across the country who are dissatisfied with their local school districts, the recent implementation of Common Core, or just wish to be more involved in their children’s upbringing.” The coalition is co-chaired by Estrada, Quiverfull advocate Marlin Bontrager, and former Mike Huckabee campaigner Vicki Crawford. Last year Crawford arranged to have Cruz speak at the Network of Iowa Christian Home Educators’ (NICHE) Homeschool Day at the Capitol on March 18, saying, “He’s the perfect match for us [homeschoolers].”

Estrada’s endorsement of Cruz comes at a curious time, considering the efforts HSLDA has made over the last couple years to distance itself from the Christian male supremacy movement known as “Christian Patriarchy.” Marlin Bontrager, who co-chairs the coalition with Estrada, is a long-time supporter of the now-disgraced Christian Patriarchy advocate Doug Phillips and his organization Vision Forum. Bontrager has his family in ATI, both performing as well as participating in the Children’s Institute, ALERT Academy, and other ATI institutions. Bontrager endorses Above Rubies, the Duggar family, and Michael and Debi Pearl. 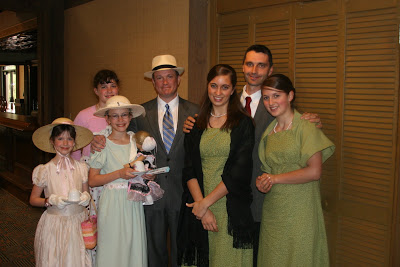 Marlin Bontrager, co-chair of the “Homeschoolers for Cruz” Coalition with Will Estrada, poses with his two daughters next to Doug Phillips and his daughters at a Vision Forum event. Photo via the Bontrager Family Singers website.

Last year Ted Cruz was a featured speaker at both the National Religious Liberties Conference, organized by outspoken Christian Patriarchy advocate Kevin Swanson, as well as Bob Jones University, a heavily patriarchal school recently rocked by major sexual abuse allegations. Last November Cruz also was excited and proud to receive the endorsement of Flip Benham, who has long been a supporter of the Institute in Basic Life Principles, also a heavily patriarchal (and legalistic) organization founded by the now-disgraced Bill Gothard. Gothard faces sexual harassment accusations from 30 women, 5 of whom are suing IBLP.

According to Cruz’s website, 82 other individuals have been selected to be “leaders” in the Cruz/homeschool coalition. These individuals are:

In other news, Ted Cruz’s super-PAC is being led by David Barton, a controversial historian also popular among conservative Christian homeschoolers.