An Average Homeschooler: Part One, Introduction

Posted on January 6, 2014 by nickducote 8 comments 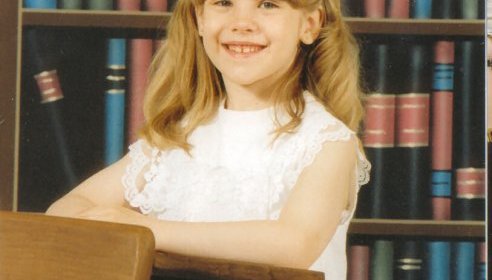 HA note: This series is reprinted with permission from Samantha Field’s blog, Defeating the Dragons. Part One of this series was originally published on December 5, 2013. Also by Samantha on HA: “We Had To Be So Much More Amazing”, “The Supposed Myth of Teenaged Adolescence”, “(Not) An Open Letter To The Pearls”,  “The Bikini and the Chocolate Cake”, and “Courting a Stranger.”

I’ve been avoiding writing about this. Even once I started planning out the series, I debated with myself for weeks over whether or not I wanted to write it out– and then post it. I’ve talked a lot about some of the other aspects of growing up in fundamentalism, but I’ve avoided talking about my experience with homeschooling for a few reasons. I’ve touched on it a few times, and I’ve even written posts for Homeschoolers Anonymous and for Leaving Fundamentalism. Even as I wrote those posts, I was hesitant about sharing them here, although I did eventually.

First of all, one of the reasons why I haven’t written about homeschooling is that my experience was nothing like what you can read about at HA. My life was complicated, and the cult-church I grew up in made many things worse, but it was certainly not even approaching the nightmare of parents who could have refused to teach me to read or those who pull their kids out of school so that they can hide their abuse.

I would describe my homeschooling experience as fairly average.

One of the beauties of homeschooling is that no one experience could be called truly average or representative, but in the past nine years since I’ve graduated I’ve been able to interact with hundreds of homeschoolers from all over the country. There are different sub-sets in homeschooling, with the conservative Christian/fundamentalist sub-set probably being the largest, even today (although other movements, like secular and unschooling, are gaining ground).

Since conservative homeschooling environments are probably the largest and the most dominant (see: every single state-level homeschooling conference ever), I’m comfortable with viewing my experience as pretty middle-of-the-road. There are a few patterns – in how homeschooling is experienced, in how it is talked about by its advocates – and some of those are what this series is going to focus on.

My “average” experience is actually why I’ve decided to write this series, though.

HA has hundreds of stories now of educational neglect, of spiritual and physical abuse, and one of the very common arguments that people like R.L. Stollar and Heather Doney are running into all over the place is that yes these experiences are awful but it’s not really homeschooling you’re talking about you’re really just talking about abuse and that’s present anywhere.

So while my church experience was definitely abusive, and while some of the things that were taught at church caused my parents to do some harmful things, my homeschooling experience was slightly detached from all of that. Up until this year, I would have described it in glowing terms. I believed my education was… well, superior. And while I haven’t completely changed my mind about that, I’ve come to realize that my “average” experience was lacking in some pretty big ways that do seem to be common among homeschoolers– religious and conservative homeschoolers, especially.

The second– and biggest– reason why I’ve hesitated writing about this was that talking about homeschooling inevitably means talking about my parents. If there were problems with my education, my educators were responsible. And while many of those problems can be shifted onto the myths and lies my parents were being fed by the homeschooling culture (which I’m going to talk about at length), I don’t have multiple teachers, principles, school boards, or lack of money to blame. I do my best not to drag my parents or my family into my blog, because this blog is about my journey, but I can’t talk about homeschooling in the same way that I can talk about my church-cult.

I love and respect my parents. They were doing what they honestly believed– thanks to the HSLDA, Vision Forum, and the endless homeschooling catalogs and flyers and books and magazines– to be the best thing for their children, and they did their research. They rejected a lot of the more damaging concepts you can find in Homeschooling Today. We rejected the form of homeschooling we laughingly referred to as “the goat-raisers” (incredibly large families, “homesteader” approach). They bought the highly-recommended curriculum, and they sacrificed a great deal of money to get it. They celebrated my successes and encouraged my dreams.

I value everything my parents gave up in order to get me a good education, and this series in no way is meant to criticize them.

There were some very good things about my education that you can hear from a lot of other homeschoolers– a love of reading, unbridled curiosity, and plenty of time to explore. However, even those incredibly positive, valuable things have their downsides.

I’m going to be brutally honest, and sharing my experiences is going to be complicated, and messy, but as nuanced and balanced as I can make it. Hopefully, talking about my “average” experience will help open the door to a conversation about homeschooling that hasn’t really happened yet.