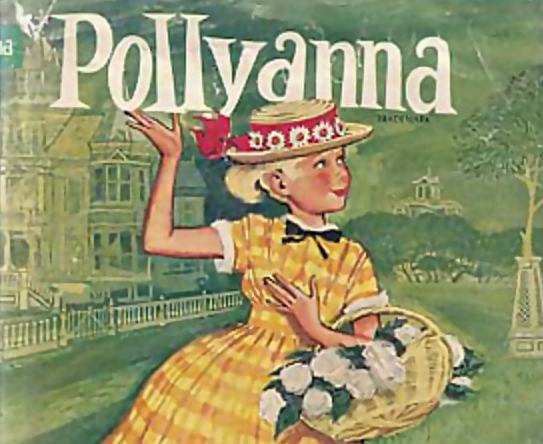 HA note: The following is reprinted with permission from Kierstyn King’s blog Bridging the Gap.  It was originally published on October 21, 2013 with the title, “On Femininity.”

Good Homeschooled Girls are supposed to be perfect.

Good Homeschooled Girls are impossible. All of us are wearing masks, we’re all acting feminine, we’re all hiding ourselves, because none of us are that perfect.

Instead, we are berated — we are told we are never enough, that we’ll never be good enough, that we don’t measure up. We’re told we need to fix our hair and only wear makeup to cover our acne, we’re told we need to look just so — but not focus on it. Our appearance and personalities are shamed, muted. We are turned into china dolls — empty, silent, porcelain — while we die slowly inside.

Our unique identities are stripped — told to be sinful.

Our independence is denied, and to fight for it is to abandon all that we were raised to be.

Our dreams — if they exist outside the chosen path — are cast aside, scoffed at, or allowed under very specific circumstances and made to end upon marriage and/or pregnancy.

And if we abandon this dream, or if we seem to have a particularly hard time measuring up to this standard? We are broken, and there is something wrong with us. To base our worth in who we are instead of when our uterus is used flies in the face of this ideal.

Elsie Dinsmore, Beautiful Girlhood, and Jane Austen are the books that are handed to us as examples of femininity and how we should conduct ourselves. Good Homeschooled Girls are supposed to be quiet, demure, masters in the art of domesticity — never raising their voices or asserting themselves, never doing heavy lifting (unless it’s babies or laundry baskets), always walking with poise, always graceful, always innocent and perfect, never loud.

The first two emphasize the devaluing of self as godly and feminine. I can’t speak to Jane Austen because I’ve never been able to make past the first chapter.

Innocent, all with Hayley Mills and a yellow house in Maine and everything, harmless. Right?

If we leave it at the movie, sure (?). I didn’t know at the time, but the out-dated standards they sing about are things that are invisibly expected of all Good Homeschooled Girls.

The line hide the real you (while it was probably meant to be funny and absurd) was essentially my way of life.

I’ve always been stubborn, strong-willed, and independent. When it worked in my parents favor, this was a good thing. Otherwise it was something to be squelched.

I was never really a tom-boy. Sports bored me and seemed pointless — which, I suppose naturally meant I was a good candidate for the social experiment of super-girly-femininity. I was given books — Elsie Dinsmore, Beautiful Girlhood, Pride and Prejudice or Emma or Northanger Abbey (I don’t remember which ended up in our collection), and etiquette 101 for tweens (I can’t remember the name). I had to learn to be hospitable and submissive, though my parents never (or rarely) used the word feminine.

I read them, dutifully, internalizing the expectations (well except Austen. I just couldn’t, but that comes in later). My parents never really talked with me about this. They had a tendency to just give me the books and expect I learn from them. Elsie is less fiction and more a not-so-subtle way of giving young girls impossible and unhealthy expectations and telling them they’re worthless if they can’t master it as Elsie did.

It didn’t take long for me to realize Elsie is an impossible set of standards that I was never going to meet. Though the real line was when she married her father’s best friend. I couldn’t bring myself to do it anymore, arranged marriages to a man who’s old enough to be your father who was creepy as hell to you when you were 8, and you’re too perfect and ideal to even exist or be relatable.

The appeal of the civil war/regency era vanished — because I saw through what they were trying to do and I think it was my own secret form of rebellion, sort of. Good Homeschooled Girls are given these books as guidelines – Beautiful Girlhood literally is a guideline for femininity and social conduct. 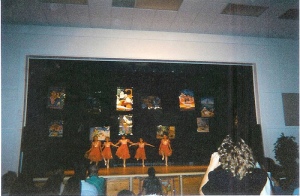 My first ballet recital to “Femininity” from Summer Magic.

As much as I tried to mask my nature, to hide the real me, I was never able to do it well enough to be the pinnacle of femininity that I felt I was supposed to be.

Austen bored me, because I couldn’t get into the obsession with ribbons and dresses and who’s-courting-who. Elsie and Beautiful Girlhood just made me more painfully aware of the inadequacies I was already painfully aware of.

I felt broken. I felt broken because I didn’t live up to this idealized standard of godly womanhood (or girlhood).

I felt broken because I am not delicate, and no amount of silencing myself was going to re-write the core of my DNA. I come from a line of stubborn women, you can’t demure you’re way out of it. Or maybe you can, but I couldn’t. I felt like that meant I was less desirable (the end-goal of being female being married and having kids).

Being born female meant that I had my entire life and code of conduct set in front of me, no personality required. I was required to follow the program. I felt wrong because the very fiber of my being was in direct opposition to it.

I remember when I was 11 or 12 trying painfully to write fiction about an edwardian-era girl (instead of my book about the secret society of women who fought in the Revolution via spying because the Quartering Act) who sat in a garden in her frilly dresses and waited for suitors. I think I got maybe 4 paragraphs and then became frustrated because it was impossible for me to even write about that without getting bored.

I couldn’t escape the feeling of the futility and meaninglessness of my life if all I was allowed to do was wait, and then have kids, and hope that one day they’d grow up to do the great things that I wanted to spend my life doing.

That meant something was wrong with me. I was too independent and god wouldn’t like that.

I remember being told, on several occasions, when I chose to fight for my autonomy, “independence is bad [for a woman], how do you think God feels about that [me being autonomous]?”

I was wrong and broken because I was not, am not, could not be demure, quiet, and feminine. I would never live up to the standards that Good Homeschooled Girls are supposed to live up to – no matter how many masks I put on, or how hard I tried to hide myself.

I may never have been a tom-boy, but I was never the epitome of girlishness either.

Masks could only cover so much. I found ways to let myself be stubborn in subtle and approved ways. I was compliant to a point.

The things is, I know now that those books are poison to my rose-soul, but I still feel the need to embody all that is wispy delicate and feminine.

I still feel broken because I don’t fit  the mold when other people project it onto me. Because it is impossible for me. It would require giving up my autonomy and a complete change of taste.

I can’t watch Pride and Prejudice without raging, I generally hate dramas (there are exceptions to this), I’d rather read a good fantasy or scifi novel or comic than a book about amish courtship (don’t get me fucking started), I love a good action movie — Give me robots fighting monsters any day.

None of my most basic preferences are even considered in the world of Godly Womanhood and Good Homeschooled Girls. It is assumed that I LOOOOOOOVE anything by Austen, that cooking, courtship, and children appeal to all of my tastes and interests, that robots and monsters and other-worlds are boring and unnecessary, and action movies are for boys.

When I express otherwise, it’s all but laughed at or ignored.

I watched the Lizzie Bennet Diaries without raging (loved it, even). I know Austen was groundbreaking for her time (a woman author? *gasp*), but I can’t read her – not just because I find it dry, but because of homeschool culture.

Good Homeschooled Girls are supposed to be  waiting for their Mr. Darcy (an asshole, really?). Good Homeschooled Girls are supposed to be Jane Bennet (Lizzie is far too independent) which doesn’t make sense because Jane marries Mr. Bingley? I know too many people who are trying to hack the 21st century into a Jane Austen novel and it frightens and sickens me. Wouldn’t it be nice if there were balls and you married the person you danced with? I feel like that can’t be the point of Pride and Prejudice, but you wouldn’t know it in this particular subculture.

^ Don’t start thinking about it too hard, it’ll hurt your brain.

It is the obsession with denying women humanity — autonomy — and worth that pervades this whole idea.

All in the name of femininity.